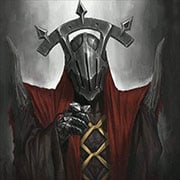 Summon monsters to battle in this cool turn-based strategy game.

Battle online against other people featuring a wide variety of creatures to acquire, putting them to use in order to defeat your opponents.

Customize from many options before you start, such as location, active units, turn time, time pool, other others.

Command your breasts to help you in your fight by destroying the opponent’s beasts and ultimately the enemies priest to win.

Support the development of the game on Patreon.

The Beast Day Ever: Bunsen is a Beast