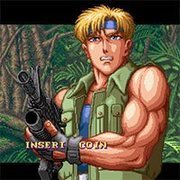 When the granddaughter of a scientist who can create a drug that will give the terrorist organization known as the Bloody Scorpion Group control over super-soldiers is kidnapped…well, naturally, they call in the Shock Troopers (cue music). And once they repeat the above run-on sentence one more time and a bit more slowly, the eight members head off to take out the BSG either as “Lonely Wolf” operatives (all three lives are one character, like a normal game) or as a three-person team (when you lose one life, one of your other chosen team members steps in, or you can swap them in at will). You’ll fight your way through jungle, mountain, or valley terrain to reach BSG HQ (and we know it’s their HQ because everything they own is emblazoned with the initials “BSG”), ultimately squaring off against the leader, who bears an…uncanny resemblance to the X-Men’s Wolverine. Let’s go, bub! 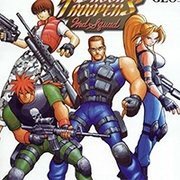 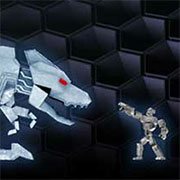 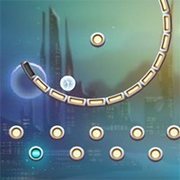 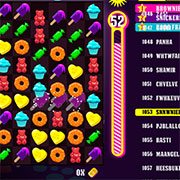