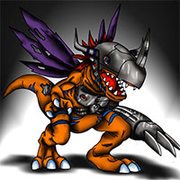 Digimon game hacked from pokemon Firered.  All Pokemon sprites had been replaced with digimon. The current Patch has all of their names done, digivolutions in sequence, and custom trainer sprites added from Digimon adventure 1, 2, and Tamers.

Premise:After the end of Digimon Adventure 2 the Digital world began to open itself to more and more humans. In the early days before it was overly populated with new digidestined, another cataclysm hit the Digital World. The organization Hypnos, newly reformed after the events in Digimon Tamers utilized the Yugoth Program and their data from the D-Reaper disaster to punch through the barrier between the real world and the digital world causing the two universes to collide. Professor Nebilim takes on Yamaki, Riley, and Tally for their experience in the last disaster, and hires 5 Special Agents, one of which is the player, to infiltrate and infect the Digital world with what Hypnos calls the D-Virus. By Infecting various “Digi-Cores” throughout the digital world, these agents can bring an end to the digital world once and for all. As the Player travels the world, they use their D-virus Digivice to tether multiple digimon, utilize them in battle, and stimulate digivolution. Naturally you interact with different members from the three seasons of digimon along the way and they are hell bent on stopping you from completing your mission. There are a few twists and turns I have planned along the way, but I don’t want to give away the surprise.
Digivolution:
Most Digimon will digivolve naturally just by gaining levels, but almost all digimon have multiple paths they can digivolve through. For instance, if you Level Koromon he will turn into Agumon, but if you Dark Digivolve Koromon he will turn into Black Agumon, and likewise if you Matrix Digivolve Koromon it will turn into Snow Agumon. Look at the Pictures to see just how the digimon can branch. Warp digivolving, DNA Digivolving, and Armor Digivolving have also been included. Sometimes the only way to keep evolving it to evolve specially. Not all digimon digivolve after a certain point though. Some digimon can go even beyond mega, and other digimon stop at champion. But don’t worry, if they stop digivolving they’ll be plenty strong enough to hold their own.

Items and Pokeballs: if You see a Digi-vice lying around pick it up. It probably contains the Data of a digimon that you can tether and acquire. Items now look like Digmon cards.

Use the teleporter device to go from real world and digital world.

Use the Save button to download the save code of Digimon: Virus Version to your computer. Use the Upload button to select the save code from your PC to resume where you left off.