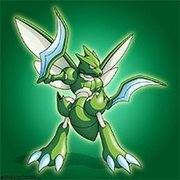 Start your pokemon adventure in Pokemon Grape. A fan made retro pokemon game. Take you back to those sweet old times or go there for the first time.

So… the following day you’re supposed to gain control of your Player Character, the Contender chosen by the Leadership of the Region of Kelgo, a sort-of famous teenager baseball player called Marquis but simply known as insert your favorite nickname here.
We don’t know anything about him… details about his past life, relationship, daily activities et cetera will come up at any time during the adventure, but one thing is certain: he’s not mute and he isn’t supposed to look like the generic Pokemon Characters you use to imperson.

Actually there’s also a psychopath teenager with suicidal tendencies called Paul, you can’t rename him at the start of the game simply because he and Pokemon Anime’s Paul are the same person, and he’s the other contender, he’s a Pokemon maniac and he doesn’t think twice in letting his weakest pokemon die slowly after being injured… this awesome person is supposed to be your rival.

Also, there’s an unknown Pokemon professor put at the last minute, for good measure, by the Pokemon League: Professor Iroquois Stanley Bek a.k.a. IS Bek, allegedly Samuel Oak’s cousin.
This weird-looking professor is supposed to give the contenders an extra task: complete the Pokedex in order to restore the lost Pokemon Database data simply by collecting every Pokemon specie during their quest.
This is a task that you can either ignore or accomplish, in any case this will decide your ending (aka Good Ending vs Bad Ending).

Some of the MANY features that you will eventually come across:

Journey to the East