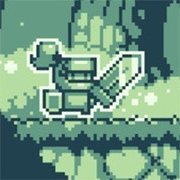 Enter the Cuckoo Castle as a brave knight to defeat evils that reside within. A cool pixelated game style. Battle your way to the highest tower of the Castle. Press Enter to start.

tips
The witch character has a double jump!
Try and find the Bugmeister for a totally different playstyle!