Estranged but Pico Sings it

Paralysis but Pico & Tankman Sing it

A singleplayer deckbuilding game that is full of charm.

In Cards with Personalities, players take on the role of a humble hero trying to assemble a team of great personalities to defeat the weird bosses that roam the lands. Each turn, you will play cards from your hand to gain Gold, Attack or other effects (like converting monsters to your side). You can spend Gold to acquire new cards from your deck. The attack is used to slay monsters, which earns you Gold and other cool effects. The battlefield is always changing so you have to adapt and come up with new strategies to defeat all eight bosses!

Every turn starts by you drawing five cards from your deck. Your deck always starts with the same ten cards, seven mediocre bards and the three common guards. In order to win you will need to buy and defeat cards in the middle lane to build a better deck. To do that, first draw from your deck by pressing the action button, then select which card you want to play and again presss the action button. After that, select the monster or minion you want to slay/buy. If you want to read more about the cards, press the secondary button on them at any time.

There are three types of cards:

Cost Gold to buy and are indicated by the color of light blue (or brown for common cards). When bought, they are put in the graveyard and will be shuffled in the deck when there are no cards left to draw from your deck. The effects of the minions are activated when they are played. 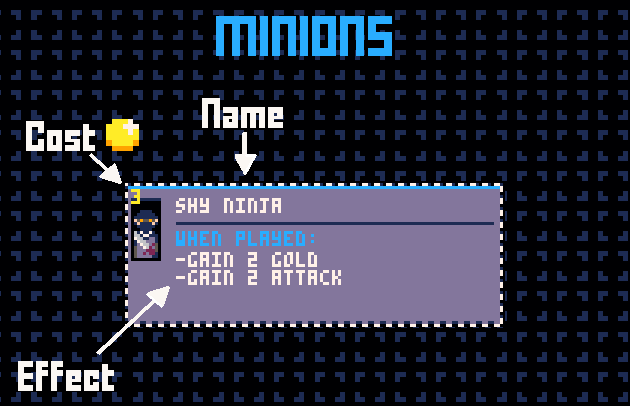 Cost Attack to slay and are indicated by the color of dark purple. Monsters in the lane attack every turn for one damage so keep that in mind. The effects are played out when slaying them. After doing its effects the monster is removed from play.

One really important thing to keep in mind is to remember to attack the boss, this will attack the boss with your remaining Attack so if you plan to slay monsters do that first. 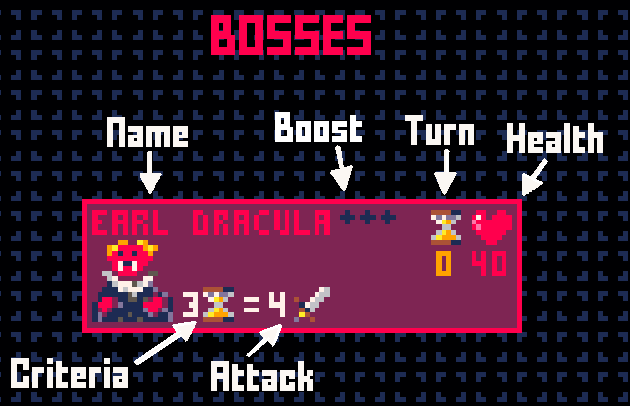 If you have no cards left to play and you have done everything you planned this turn, press the action button on your deck and the turn will end. Three things will always be checked. First all your resources will reset (excluding block that will reset last). Then if monsters exist in the lane they will attack. And lastly, if the criteria of the boss are met, it too will attack. Then five new cards can be drawn again and a new turn starts.

Each game will have you trying to reduce the current boss’s health to zero. If you manage that you will be rewarded with lots of XP to unlock more bosses and backgrounds. If the boss manages to reduce your health to zero the game ends as well, only rewarding you XP for how much health you managed to reduce from the boss.

As always, good luck and Have Fun!