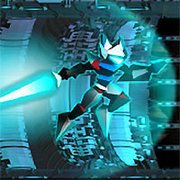 Take the role of an armored hero and defeat the evil scientist and his mechanical henchmen to save the world in Xenos! Use your weapon against your enemies and destroy swarms of flying robots!

Xenos is an action packed side-scrolling flash game set on the far future in the year 2115. A once good scientist had discovered a new energy source called Xenos that can be used to power almost anything. The scientist decided to use that power for himself and created an army of mechanized troops to conquer the world. Fortunately, you and your team were able to steal one power core and you used it to create a mechanized suit for yourself to battle against the evil scientist and save the entire human race.

Fight your way through 30 action packed levels, across 7 distinct areas.

A rogue scientist, Dr Crenson, has harnessed a new type of energy, Xenos, to create a mechanical city and a huge army of robots to terrorise the earth.

You have been selected to pilot Asterus, a battle-suit powered by Xenos energy, and humanity’s last hope.

– Upon completing the game, Survival mode and Mission X are unlocked. 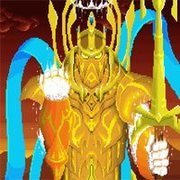