Kirby’s Dream Land is an action-platformer. Like many other platformers of the 8-bit and 16-bit era of video games, levels are side-scrolling, played on a two-dimensional plane in which Kirby can move left or right as well as jump. Kirby’s main method of attack is to inhale enemies and objects into his mouth, after which the player can either swallow them or spit them out as a projectile attack. In addition to running and jumping, Kirby can also fly by inflating himself with a mouthful of air and flapping his arms. Flying can be done indefinitely; however, while flying, Kirby’s only method of attack is to release the air puff held in his mouth which cancels his flight.

The game consists of a total of five levels. Levels are made up of a series of large “rooms” rather than the single continuous corridors typical of platformers at the time connected by doors that lead Kirby to different areas. Some of these doors lead to hidden areas or alternate pathways through the level. The doors act as checkpoints returning the player to the beginning of a “room” should they die rather than starting the level over.

Using his various natural abilities and occasionally items or power-ups, Kirby must overcome obstacles while heading towards a goal door at end of the level, where he must fight a boss to obtain one of the Sparkling Stars. Most bosses are fought by sucking up the projectiles they create and spitting them back at the boss, however, the boss of the third level briefly turns the game into a Shoot ’em up. The last level before the final boss consists of a boss rush, where the player must fight all of the game’s bosses again going through a short area based on the boss’s home level. 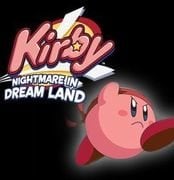 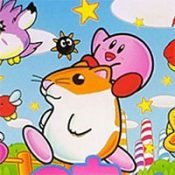 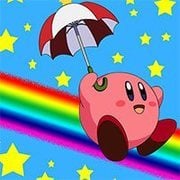 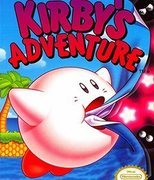 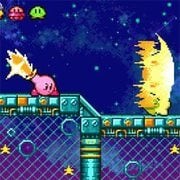 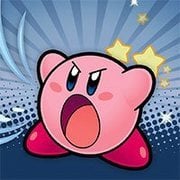 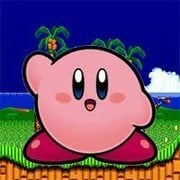 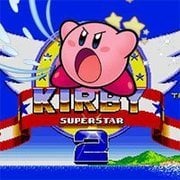 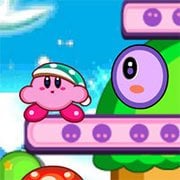 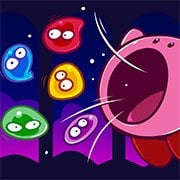