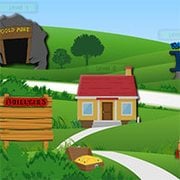 Build your own empire by incrementally upgrading and improving. Idle Empire 3 is the latest in the Empire series, following the footsteps of Idle Empire 1 and Idle Empire 2.Your income is generated through the status. You earn a certain amount of gold after each click.. Start off as a small village. Make expansion through leveling all aspect of the game.

Use this gold to buy upgrades and to improve your empire. You may also hire workers for the gold mine who automatically generate gold over time. You can also upgrade your clicking power in the gold mine to increase the amount of gold you receive per statue click. Aside from the resource management you can unlock research and science and also complete quests. Watch your empire grow and continue to research new buildings such as a lab and a house.

Can you build a successful and flourishing empire?

Idle Empire 3 is developed by Blooroth.