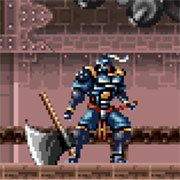 Hagane is a retro action-platform video game released in 1994 for SNES game console.

Now you can play it online here.

Take on the role of a ninja cyborg named Hagane on his path to take revenge on an opposing ninja faction. The game combines traditional Japanese ninja and samurai aesthetics with a futuristic setting.

Gameplay:
Hagane features side-scrolling action and platforming gameplay and blends elements of traditional Japanese ninja and samurai with a futuristic setting. The player controls Hagane, a ninja cyborg, and can switch between four different weapons: a sword, chain, shuriken, and grenades. Additionally, there are also limited magic attacks available which clear the screen of enemies. Hagane can execute a wide variety of moves including somersaults, flying jump kicks, wall-jumping, sliding, and charge attacks. After three hits the player will die, although the game provides health power-ups that will increase the user’s health meter beyond three hits. After dying, these health bonuses are lost. All the stages feature platforming with the exception of one stage in which the player rides on a hovercraft through a Mode 7 sequence. The stages are notably short with very few checkpoints across the game. Running out of lives will place the player at the start of the chapter.

Story:
The Fuma and Koma ninja clans who live mainly in darkness have mastered the secret arts of ninjutsu and black magic. Although they look like normal humans, they have the strength and spiritual power beyond normal. Each clan consists of several factions. The Fuma clan is split into factions based on the Chinese zodiac. The Koma clan is split into factions by color; consisting of the white, the gold and the red dragon. In the case of the Fuma clan, members of a given faction know nothing more about any other factions except that they exist and their bloodlines are cut off from the outside world and are destined to decline. The Fuma clan possesses extreme strength and spiritual power. Their duty is to protect the Holy Grail, which is said to possess power that can destroy the world. From long ago, the evil Koma clan had plotted to destroy the world using the destructive power of the Holy Grail.

The Koma clan eventually attacked a faction of the Fuma clan and stole the Holy Grail. However, they failed to notice that among the severely wounded, one man survived. On the verge of death, the barely living man known as Hagane was brought back to life by advanced cyber-technology performed by a mysterious old man named Momochi. However, none of Hagane’s body survived except his brain. Already a powerful ninja, he now had the incredible power and speed of a cyborg. With this power, he vowed to take revenge on the Koma clan. At the end of the conflict and having destroyed the Koma clan’s complex, Hagane overlooks the scene from a cliff outcropping, satisfied. His purpose fulfilled, Hagane’s glowing eyes fade to black and he passes on. As the credits roll, time and nature claim his seated form and rust his katana as a nearby tree grows unhindered by the blackened land. 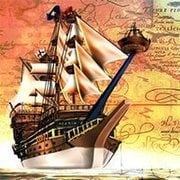 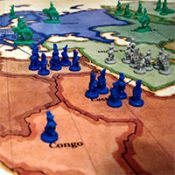 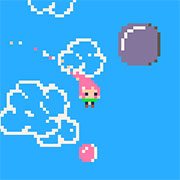 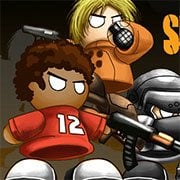 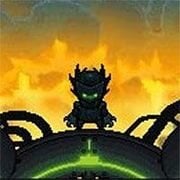 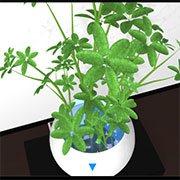