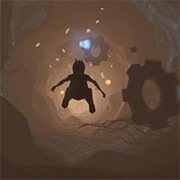 The Librarian is a visually stunning platform-puzzle game where you must help our heroes to restore order in The Hidden Library.

Every story has got a power, the power to shift past, present and future. There were stories whose power exceeded their words and were locked away in a lost place known as “The Great Library”. Guarded by a lineage of kinsmen with the power to keep the stories at bay, they were to kept both the place and its contents in the utmost secrecy. However, when death called the last keeper and the menacing assignment devolved upon his grandson, the old hidden power was set in motion in order to free itself from its keeper and establish chaos anew.

Follow the young warden in its adventure and use the power in the book to help him restore order in The Great Library.

Developed in 2016, under the Videogame Creation Master – Universitat Pompeu Fabra