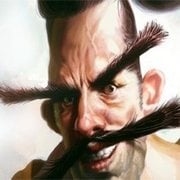 Tales of Alethrion: The First Hero

Take a break from gaming and check out cool and funny 20 minutes animation film.

The Tales of Alethrion proloque “The First Hero” is about Alethrion, whom the land is named after, and a lovely backpacker girl called Amerath. They are the original creators of the map which we see later in The Reward, carried by Vito and Wilhelm. It is the first tale that takes place long before many of the other episodes in the series which we hope to get funded through Kickstarter.

Check out the creators kickstarters: http://kickstarter.com/projects/1862188728/tales-of-alethrion-season-one