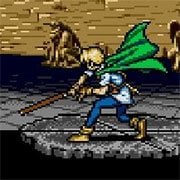 Shining Force 2 is a tactical role-playing game released in 1993, now you can experience it online for free.

In a shrine south of Granseal Castle, a thief named Slade unwittingly breaks the power of a magic seal by stealing the jewels of Light and Darkness; this unseals the demon king Zeon trapped therein. The following day, King Granseal falls sick when he is attacked by an unknown creature. Sir Astral, the court’s adviser, along with his apprentices, Bowie the squire, Sarah the healer and Chester the knight, investigate these events at the castle. They find that the door to the Tower of Ancients has been unlocked and stands open.

Greeting their arrival in the tower are devils named “Gizmos” springing forth to attack, though their ultimate intentions are unknown. Upon their defeat, the Gizmo that appears to be the leader flees. It is discovered thereafter to have possessed King Granseal. Sir Astral and the nascent Shining Force visit the king, finding him possessed. Sir Astral exorcises the demon, which promptly flees. The Minister, in place of King Granseal who is looking over a fainted Astral, then orders the slaying of the Gizmo by a platoon of Granseal’s soldiers. The Gizmo subsequently possesses the king of the neighboring kingdom of Galam. Bowie and his friends are captured by the Galam military: while in their dungeon, they meet the thief, Slade. When the party breaks out, Slade helps Bowie retrieve the Jewel of Light and accompanies his party back to Granseal, which has been invaded by Galam forces. They find the possessed King Galam inside the Ancient Tower, who has taken Princess Elis as a hostage. In the ensuing battle, Bowie wrests the Jewel of Darkness from him, but he is unable to rescue Elis, and the ground around the Ancient Tower collapses.

The people of Granseal are forced to resettle on the continent of Parmecia. It is here that the true nature of the threat is revealed, so Bowie and friends must now travel across Parmecia to gather allies, solve the riddle of the Jewels, obtain the Force Sword, and seal away Zeon once more.

Shining Force II is a tactical role-playing game. The player assumes the role of the Shining Force leader, Bowie. When not in combat, the player can explore towns and other locales, talk with people, and set the members and equipment of the army. Some towns have a headquarters where the player can inspect and talk with his allies. While roaming through town or moving throughout the world, one can find both visible and hidden treasures and interact with certain objects.

Each ally unit is represented by a character with a background and personality. Some of these characters are hidden, requiring specific events to occur before they will join the force. Each ally unit also has a class, which defines the abilities of that unit. These abilities range from what type of weapons they can use to what kind of spells they can learn. Units can become stronger by fighting enemies and performing various actions that give them experience points (EXP), which allow them to gain levels. Once a unit reaches level 20, that character has the ability to advance to a more powerful class through promotion. Some characters have two different classes they may be promoted to, one of which is only accessible using a special hidden item.

Battles take place on a square grid, and each unit occupies a single square. Battles are turn-based. Each turn, a character can move and perform one action: either attack, cast a spell, or use an item. Some commands, such as equipping or dropping an item during the turn, do not count as actions.

The battle is won if all enemies are defeated, or if the enemy commander is defeated. If Bowie is defeated in combat or withdraws, the battle is lost and the player is returned to the nearest town, where he can recover his allies and fight the same battle again. 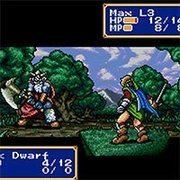 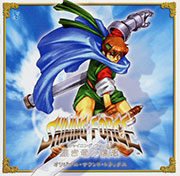 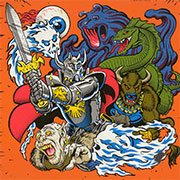 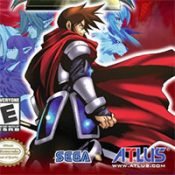 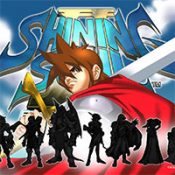 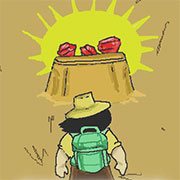 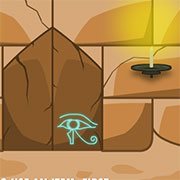 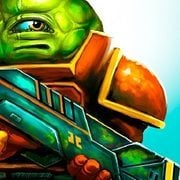 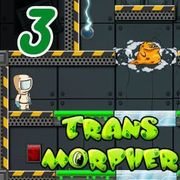