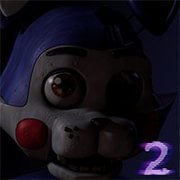 Five Nights at Candy’s 2 takes place after Freddy Fazbear’s Pizza closed down following the events of Five Nights at Freddy’s 2. Now a new Burger & Fries chain takes its place, what could go wrong!

Created by Emil Ace Macko, creator of the OCs “Candy the Cat”,”Cindy the Cat”, “The Penguin” among others!

Extract this zip file so that the game folder is
in a location of your choice.
(Location such as the “Documents”- or “Program Files” folder)
Once the game folder has been place in a location, you can go
inside it, and right-click the EXE file, and make a shortcut
to the EXE file. You can then place the shortcut on your
desktop for easy access!

You can also just place the EXE
file directly on your desktop, if you want to do that.

5 AM at Freddy's: The Prequel