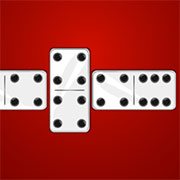 Play a casual and fun match of the classic Domino’s game with block or draw game mode.

Game Mode:
Block: If a player cannot make a move, they have to pass the turn to the other player. If neither can make a move, the numbers of tiles in each player’s hands add up and the one with smaller numbers wins the round.

Draw: If a player cannot make a move, they need to pick tiles from the boneyard until they pick a suitable tile with which they can play further.

Legend of the Void 2

The Legend of Cat Lee

Legend of the Void