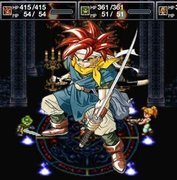 Chrono Trigger is a role-playing video game. The player controls the protagonist and his companions in the game’s two-dimensional fictional world, consisting of various forests, cities, and dungeons. Navigation occurs via an overworld map, depicting the landscape from a scaled down overhead view. Areas such as forests, cities, and similar places are depicted as more realistic scaled down maps, in which players can converse with locals to procure items and services, solve puzzles and challenges, or encounter enemies. Chrono Trigger’s gameplay deviates from that of traditional RPGs in that, rather than appearing in random encounters, many enemies are openly visible on field maps or lie in wait to ambush the party. Contact with enemies on a field map initiates a battle that occurs directly on the map rather than on a separate battle screen.

Players and enemies may use physical or magical attacks to wound targets during battle, and players may use items to heal or protect themselves. Each character and enemy has a certain number of hit points; successful attacks reduce that character’s hit points, which can be restored with potions and spells. When a playable character loses all hit points, he or she faints; if all the player’s characters fall in battle, the game ends and must be restored from a previously saved chapter, except in specific storyline-related battles that allow or force the player to lose. Between battles, the player can equip his/her characters with weapons, armor, helmets, and accessories that provide special effects (such as increased attack power or defense against magic), and various consumable items can be used both in and out of battles. Items and equipment can be purchased in shops or found on field maps, often in treasure chests. By exploring new areas and fighting enemies, players progress through Chrono Trigger’s story. 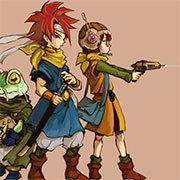 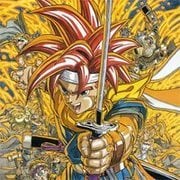 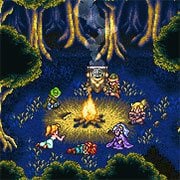 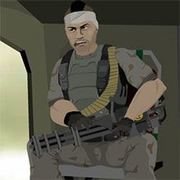 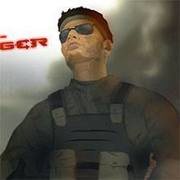 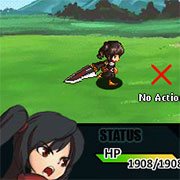 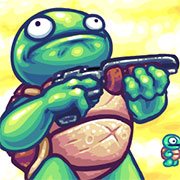 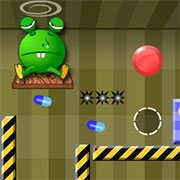 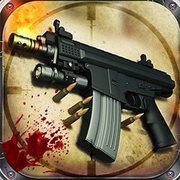 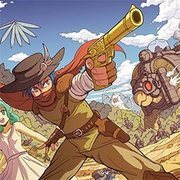