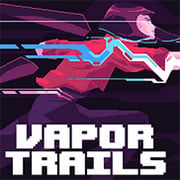 Play as a cyberborg in the year 20XX and return to the surface of Vapor City and exact revenge.

The Hardest Game Ever