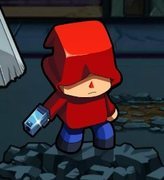 Run, shoot and slice enemies in a city crawling with zombies. Fight against the king of the living dead and destroy everything on your path!

Battle on the streets, highways and piers. Use guns, swords and fire to kill zombie hordes. Collect the spoils of war left behind to upgrade your weapons and abilities to become a lethal hero.

It is a fast paced game that is extremely easy to play thanks to its basic control scheme
-Move your mouse to control the player.
-Aiming and weapons are controlled automatically.

Zombie Run in the Big City