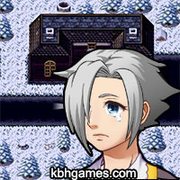 Three people wake up in a cabin in the woods with no knowledge of who they are or how they got there. When they try to leave, they discover the cabin has been bolted shut to prevent anyone from escaping. After many failed attempts to escape, the trio eventually discovers some disturbing footage. The video appears to be a snuff film or murder caught on camera, and was shot in the same house that they are now trapped in.

One Of You is a action packed thriller, reminiscent of the classic horror movies.

Info
You will have the option to choose from three different perspectives to play(Scenario A, Scenario B, and Scenario C) This game is very unique, and may require require multiple playthroughs to fully understand the story. Information is scarce, escape options are limited, and survival is not guaranteed in this modern day thriller.

Scenarios
You will be playing as one of two individuals who tries to find clues as to why he/she is suffering from amnesia, and at the same time find a means to escape before they end up like the victim on the film.(Scenario A & Scenario B)

Scenario C will be a side-story that takes place a few months after Scenario A and Scenario B. You will accompany a social worker named Tabatha who has received disturbing complaints about one of the survivors from the cabin. Upon her arrival, Tabatha discovers that this survivor harbors a shocking secret.

One of you is developed by ZeroDigitZ.

Ben 10 The Mystery of the Mayan Sword