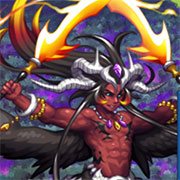 Monster Hunt is a RPG adventure game about a group of people that must band together to hunt for monsters to pay off their debt.

Dylan
A young treasure hunter with an unlucky streak in treasure. His big wish is to rule the world but his good nature always seems to get in the way. Everyone looks up to him as a leader and Dylan loves it.

Rebecca
The logical one in the group. She tries to keep everyone else from going off and doing something stupid but has very limited success.

Katherine
Rebecca’s twin sister and most often known as a party girl. She loves to go off on wild adventures but would never admit that and other secrets.

Kailyn
A girl who’s heart can be won over with a nice amount of destruction. She likes to come up with nicknames for everything and loves the sight of money.