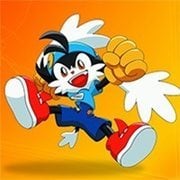 Klonoa 2: Dream Champ Tournament takes place sometime after the events of Klonoa: Empire of Dreams. The game begins shortly after Klonoa defeats the King of Despair, and receives an invitation letter that floats from the sky telling him that he has been selected to compete in the prestigious “Dream Champ Tournament” among other accomplished adventurers for the title of “Greatest Hero” as well as a cash reward. After Klonoa finishes reading, he is enveloped in a bright light and finds himself transported inside a gigantic arena alongside several other adventurers. He meets up with Lolo and Popka, only to learn that they are taking part in the competition as well, and a pompous rogue named Guntz who brushes him off immediately. The master of ceremonies, and sponsor of the tournament itself, Garlen, makes his appearance and informs everyone that they will be paired off in a single-elimination tournament that has them racing across several worlds of his own choosing. The first one to reach the end will be the winner and will advance to the next round.

Klonoa must find the exit to all the visions in each of the five worlds to beat the game, and must race his current opponent at the last vision of each world. The five worlds include:

Western Jungle: A world that resembles a lush jungle that serves as the qualifying round for the Dream Champ Tournament. Since Klonoa has no specific opponent in this round, the boss race is against a large robot.

North Express: A world that is covered by miles of train tracks across a desert-like landscape. All of the competition in this world takes place aboard a gigantic train. In this world, Klonoa’s opponent is Joka.

South Resort: A world that consists of Garlen’s private island resort. Here, Klonoa must go against Suiryu, but only after he has been outfitted in a special suit that will allow him to travel in water.

Garlen’s Castle: Garlen’s personal fortress that is filled with tricks and traps. Here, Klonoa faces off with Gantz before going against Garlen himself to prove he is the greatest hero of all.

Balboa: A large beetle-like monster that lives in the Western Jungle. It constantly rolls about and almost nothing can stop it (except tossing a Moo at it).

Bingobingo: A creature that roams about the Northern Express. It uses totem poles to bar the path of wanderers. It seems to be made from many parts.

Kupian: A large pink seahorse that is found in the Southern Resort. It attacks with homing missiles.

Garlenator: The ultimate robot Garlen builds. It is sturdy, except for a gear that is missing in the robot, leaving a part of it invulnerable.

Use the Save button to download the save code of Klonoa 2: Dream Champ Tournament to your computer. Use the Upload button to select the save code from your PC to resume where you left off. 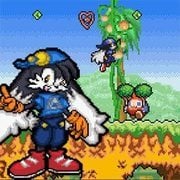 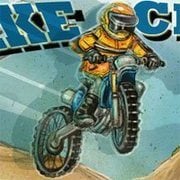 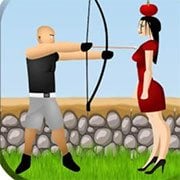 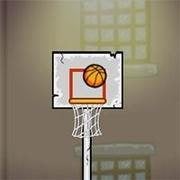 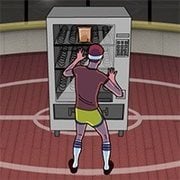 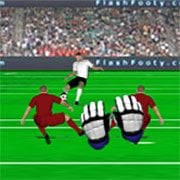