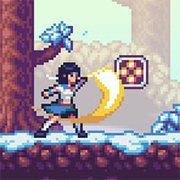 Go on a mission as a member of the Juniper Keep squad to take down the Haima Corporation. Juniper Keep Assassins short, amazing and beautiful game  with pixelated graphic and smooth gameplay.

Story:
In the year 21XX, hostility among numerous countries led to the rise of several underground factions. These groups practice activities such as scientific research, weapon development and espionage. Among the darkest alliance were series of assassination and biological weapons experiments. But some of them were advocates of peace and human rights, working towards a better world. Haimacorp. stands as one of the most brilliant and powerful research and development companies in the world. With a strict moral code, they have provided many governments with valuable resources and discoveries. However, only a select group of powerful people may know that that Haimacorp. is actually a facade. At the forefront of war experiments, HaimaCorp. controls many countries and quickly expands their influence. Their most recent endeavour consists of abducting young students to use as subjects of human experiments. But someone stands on their way. The Juniper Keep squad is an organization dedicated to fighting against the wicked. Training young prodigies in the art of combat, the JK squad is ready to send their most talented members to complete the mission.

Climb on Walls: When jumping or falling, hold [Left] or [Right] against a wall to start climbing. Hold [Up] or [Down] to move, press [Jump] to jump away or hold [Down]+[Jump] to drop.

Cling on Ceiling: Hold [Up] When your head touches the ceiling to start clinging, hold [Left] or [Right] to move. Hold [Down]+[Jump] to drop.

Auto-Jump platforms: When jumping under a platform the character can perform an auto-jump. On walls or ceilings, hold [Up] under a platform to jump.
Sub-Weapons: Hold [UP] and press [Attack] to utilize a sub-weapon if available. Each sub-weapon requires a certain quantity of ammo.

Inspired by the art of José Salot.
Music by Jaden Houghton and Ian McFarlin. 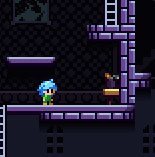 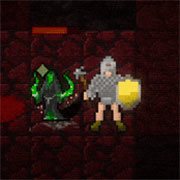 Keep Your Pants On 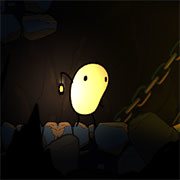